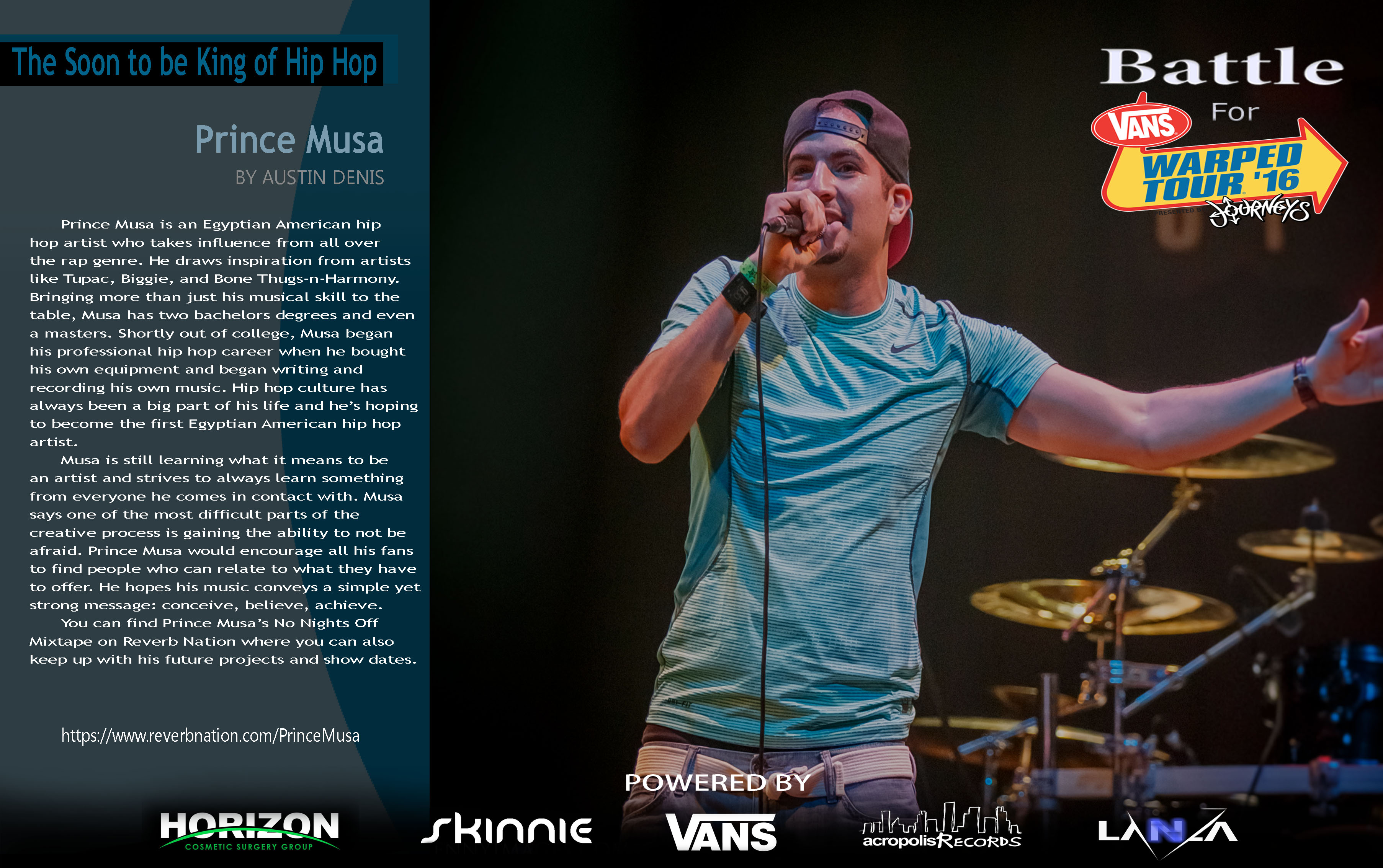 Prince Musa is an Egyptian American hip hop artist who takes influence from all over the rap genre. He draws inspiration from artists like Tupac, Biggie, and Bone Thugs-n-Harmony. Bringing more than just his musical skill to the table, Musa has two bachelors degrees and even a masters. Shortly out of college, Musa began his professional hip hop career when he bought his own equipment and began writing and recording his own music. Hip hop culture has always been a big part of his life and he’s hoping to become the first Egyptian American hip hop artist.

After watching a Jay Z and Warren Buffet interview, Prince Musa became interested in artist development. Musa wanted a producer who could help develop and shape his sound and help him grow as an artist. Musa found and connected with seven time Grammy nominated producer Haskel Jackson. Together, they released Prince Musa’s first mixtape, No Nights off. The project touches on all aspects of Musa’s creative vision and includes covers from artists such as Drake and Kendrick Lamar.

Musa is still learning what it means to be an artist and strives to always learn something from everyone he comes in contact with. Musa says one of the most difficult parts of the creative process is gaining the ability to not be afraid. Prince Musa would encourage all his fans to find people who can relate to what they have to offer. He hopes his music conveys a simple yet strong message: conceive, believe, achieve.

You can find Prince Musa’s No Nights Off Mixtape on Reverb Nation where you can also keep up with his future projects and show dates.