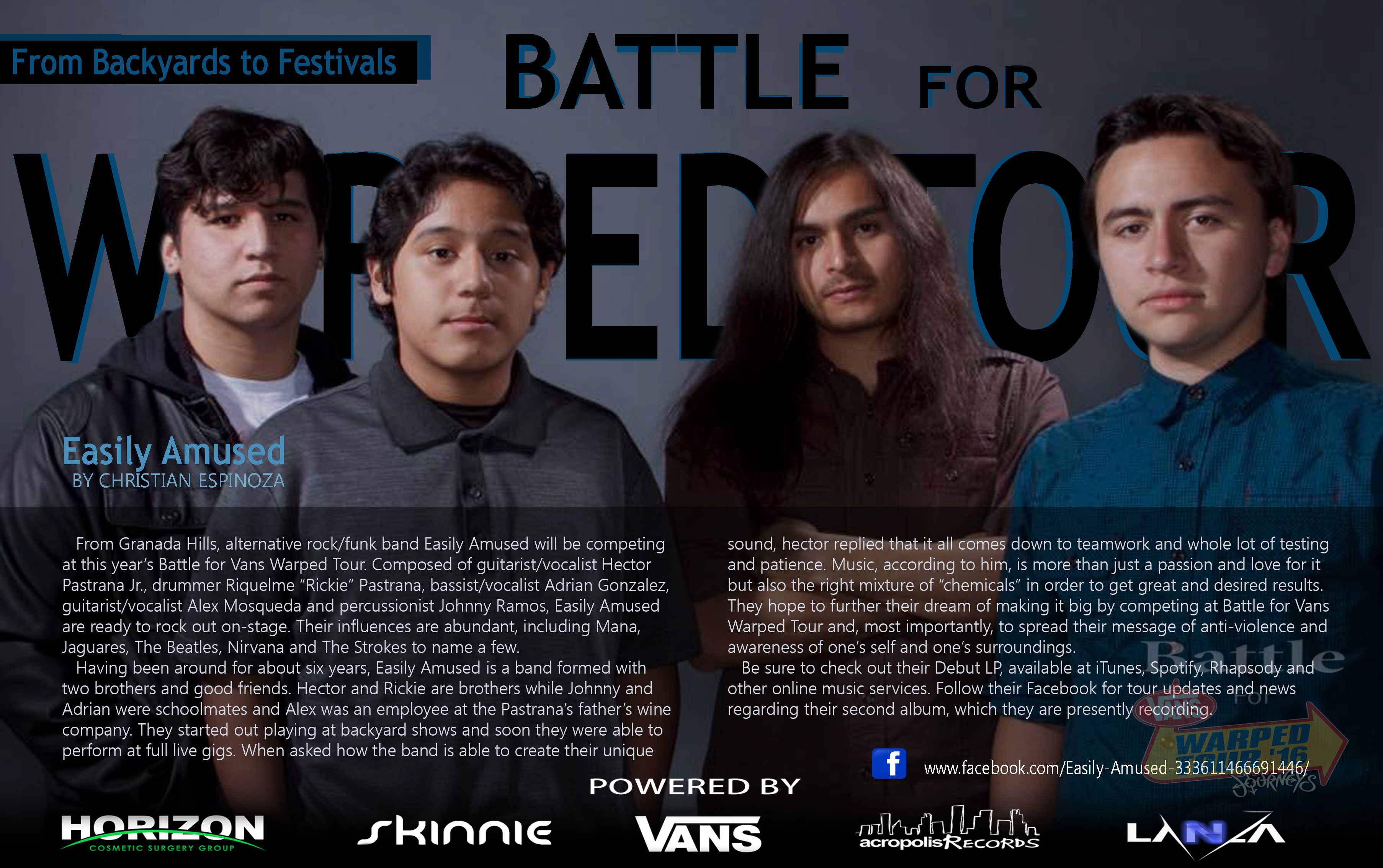 Easily Amused: From Backyards to Festivals

Having been around for about six years, Easily Amused is a band formed with two brothers and good friends. Hector and Rickie are brothers while Johnny and Adrian were schoolmates and Alex was an employee at the Pastrana’s father’s wine company. They started out playing at backyard shows and soon they were able to perform at full live gigs. When asked how the band is able to create their unique sound, hector replied that it all comes down to teamwork and whole lot of testing and patience. Music, according to him, is more than just a passion and love for it but also the right mixture of “chemicals” in order to get great and desired results. They hope to further their dream of making it big by competing at Battle for Vans Warped Tour and, most importantly, to spread their message of anti-violence and awareness of one’s self and one’s surroundings.

Be sure to check out their Debut LP, available at iTunes, Spotify, Rhapsody and other online music services. Follow their Facebook for tour updates and news regarding their second album, which they are presently recording.