Bands We Love: The Mendenhall Experiment 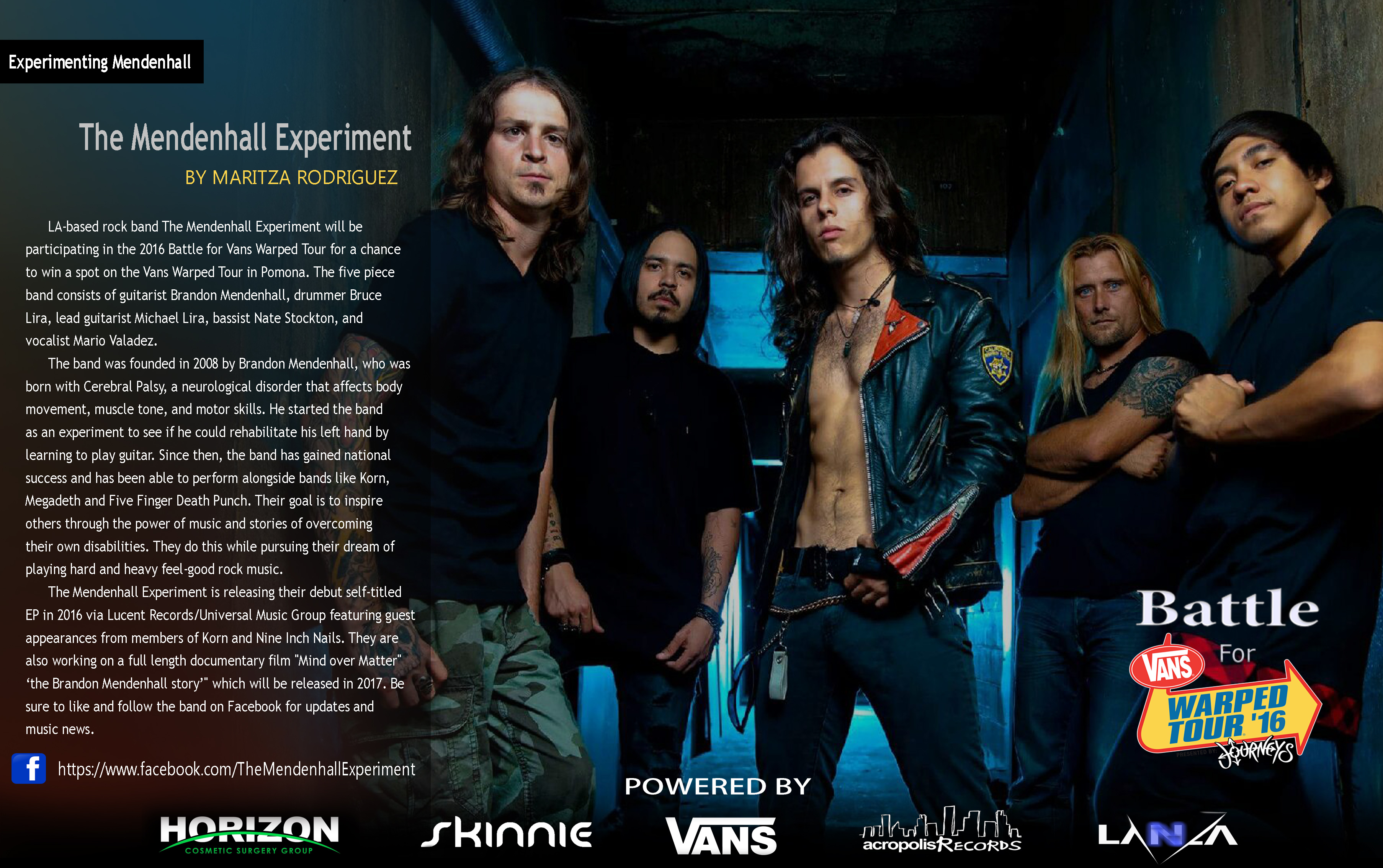 LA-based rock band The Mendenhall Experiment will be participating in the 2016 Battle for Vans Warped Tour for a chance to win a spot on the Vans Warped Tour in Pomona. The five piece band consists of guitarist Brandon Mendenhall, drummer Bruce Lira, lead guitarist Michael Lira, bassist Nate Stockton, and vocalist Mario Valadez.

The band was founded in 2008 by Brandon Mendenhall, who was born with Cerebral Palsy, a neurological disorder that affects body movement, muscle tone, and motor skills. He started the band as an experiment to see if he could rehabilitate his left hand by learning to play guitar. Since then, the band has gained national success and has been able to perform alongside bands like Korn, Megadeth and Five Finger Death Punch. Their goal is to inspire others through the power of music and stories of overcoming their own disabilities. They do this while pursuing their dream of playing hard and heavy feel-good rock music.

The Mendenhall Experiment is releasing their debut self-titled EP in 2016 via Lucent Records/Universal Music Group featuring guest appearances from members of Korn and Nine Inch Nails. They are also working on a full length documentary film “Mind over Matter” ‘the Brandon Mendenhall story’” which will be released in 2017. Be sure to like and follow the band on Facebook for updates and music news.