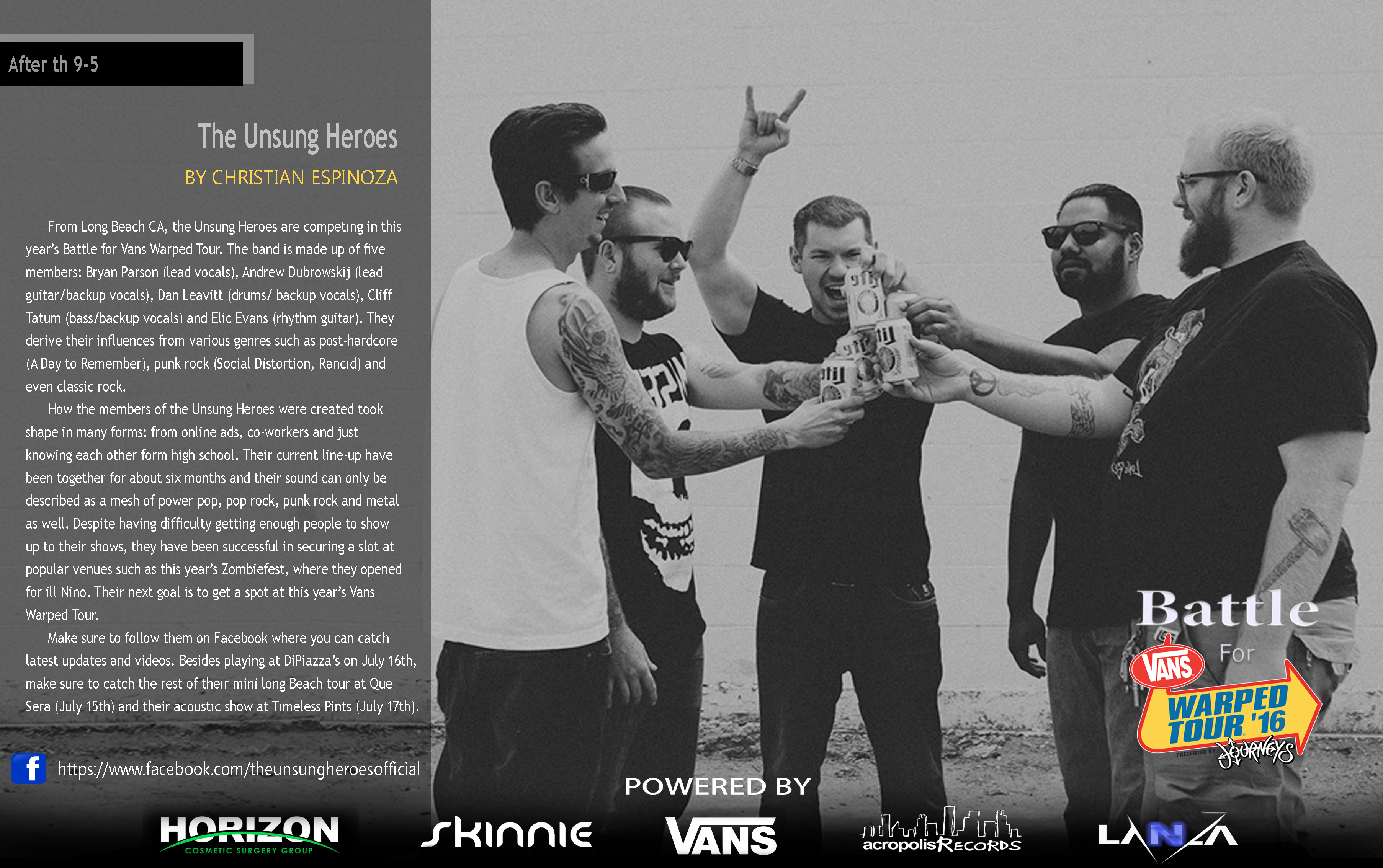 The Unsung Heroes: After the 9-5

How the members of the Unsung Heroes were created took shape in many forms: from online ads, co-workers and just knowing each other form high school. Their current line-up have been together for about six months and their sound can only be described as a mesh of power pop, pop rock, punk rock and metal as well. Despite having difficulty getting enough people to show up to their shows, they have been successful in securing a slot at popular venues such as this year’s Zombiefest, where they opened for ill Nino. Their next goal is to get a spot at this year’s Vans Warped Tour.

Make sure to follow them on Facebook where you can catch latest updates and videos. Besides playing at DiPiazza’s on July 16th, make sure to catch the rest of their mini long Beach tour at Que Sera (July 15th) and their acoustic show at Timeless Pints (July 17th).