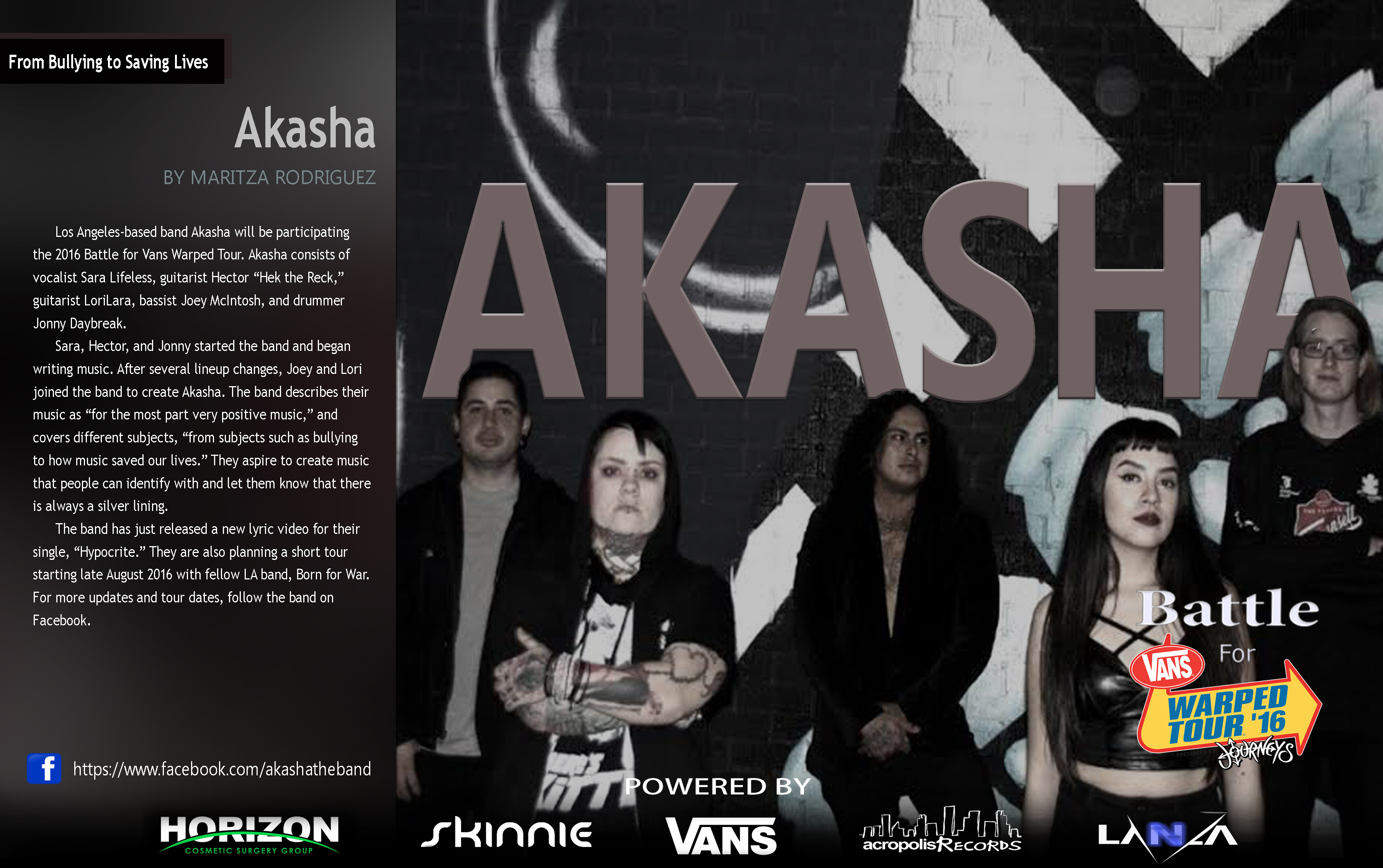 Sara, Hector, and Jonny started the band and began writing music. After several lineup changes, Joey and Lori joined the band to create Akasha. The band describes their music as “for the most part very positive music,” and covers different subjects, “from subjects such as bullying to how music saved our lives.” They aspire to create music that people can identify with and let them know that there is always a silver lining.

The band has just released a new lyric video for their single, “Hypocrite.” They are also planning a short tour starting late August 2016 with fellow LA band, Born for War. For more updates and tour dates, follow the band on Facebook.