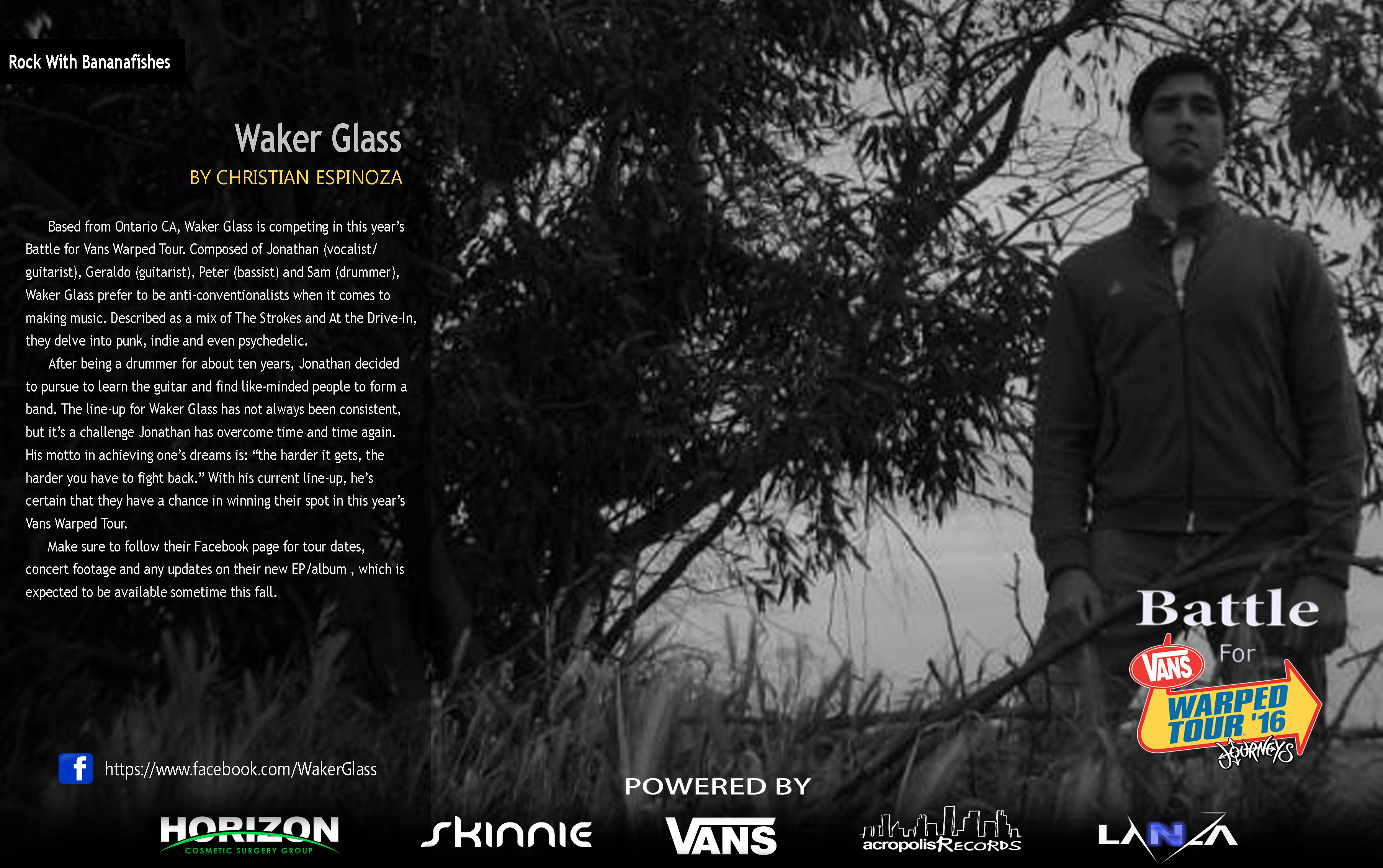 Based from Ontario CA, Waker Glass is competing in this year’s Battle for Vans Warped Tour. Composed of Jonathan (vocalist/guitarist), Geraldo (guitarist), Peter (bassist) and Sam (drummer), Waker Glass prefer to be anti-conventionalists when it comes to making music. Described as a mix of The Strokes and At the Drive-In, they delve into punk, indie and even psychedelic.

After being a drummer for about ten years, Jonathan decided to pursue to learn the guitar and find like-minded people to form a band. The line-up for Waker Glass has not always been consistent, but it’s a challenge Jonathan has overcome time and time again. His motto in achieving one’s dreams is: “the harder it gets, the harder you have to fight back.” With his current line-up, he’s certain that they have a chance in winning their spot in this year’s Vans Warped Tour.

Make sure to follow their Facebook page for tour dates, concert footage and any updates on their new EP/album , which is expected to be available sometime this fall.