Bands We Love: Days Under Authority 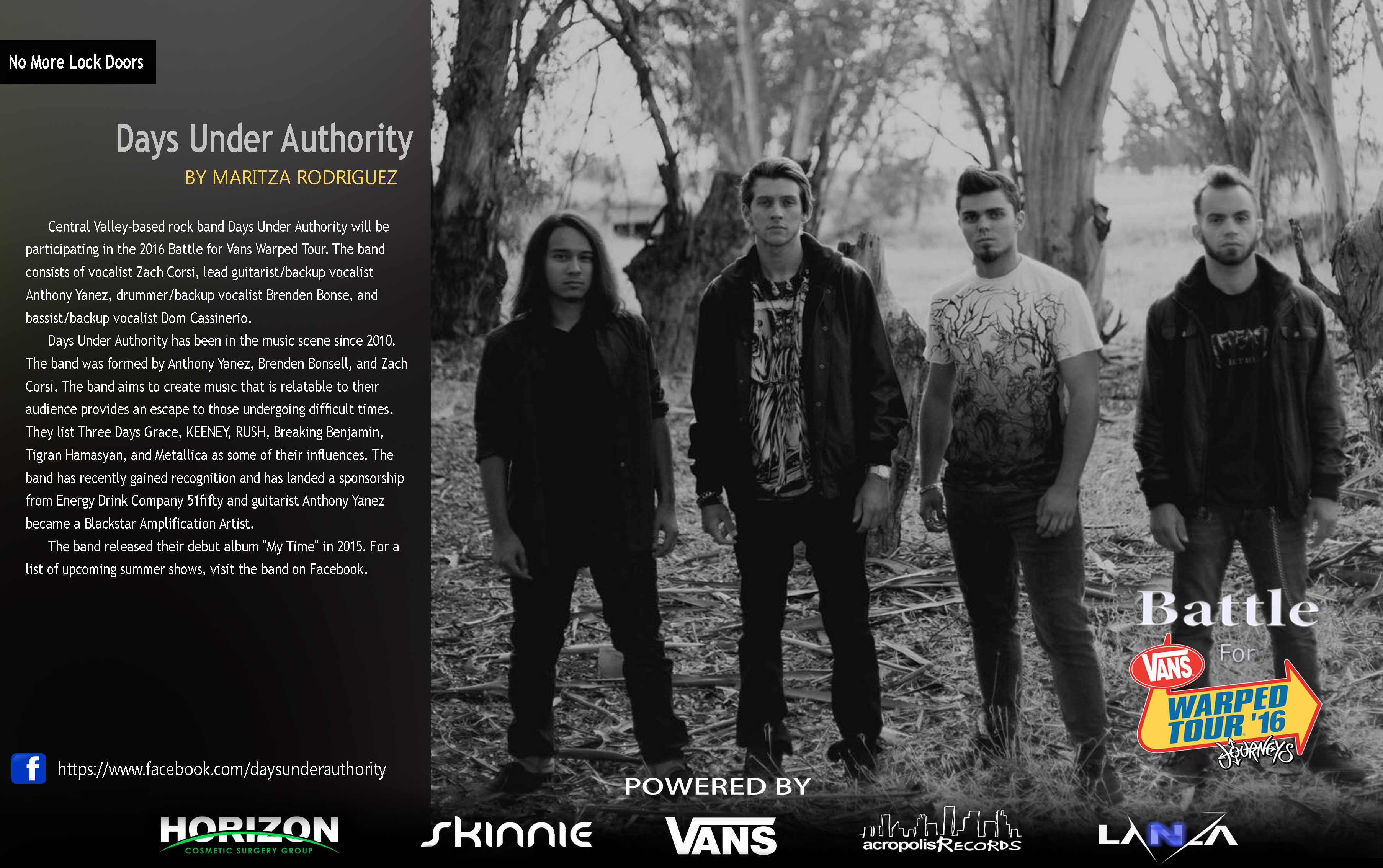 Days Under Authority has been in the music scene since 2010. The band was formed by Anthony Yanez, Brenden Bonsell, and Zach Corsi. The band aims to create music that is relatable to their audience and provides an escape to those undergoing difficult times. They list Three Days Grace, KEENEY, RUSH, Breaking Benjamin, Tigran Hamasyan, and Metallica as some of their influences. The band has recently gained recognition and has landed a sponsorship from Energy Drink Company 51fifty and guitarist Anthony Yanez became a Blackstar Amplification Artist.

The band released their debut album “My Time” in 2015. For a list of upcoming summer shows, visit the band on Facebook.