Bands We Love: The Skidmark Kids 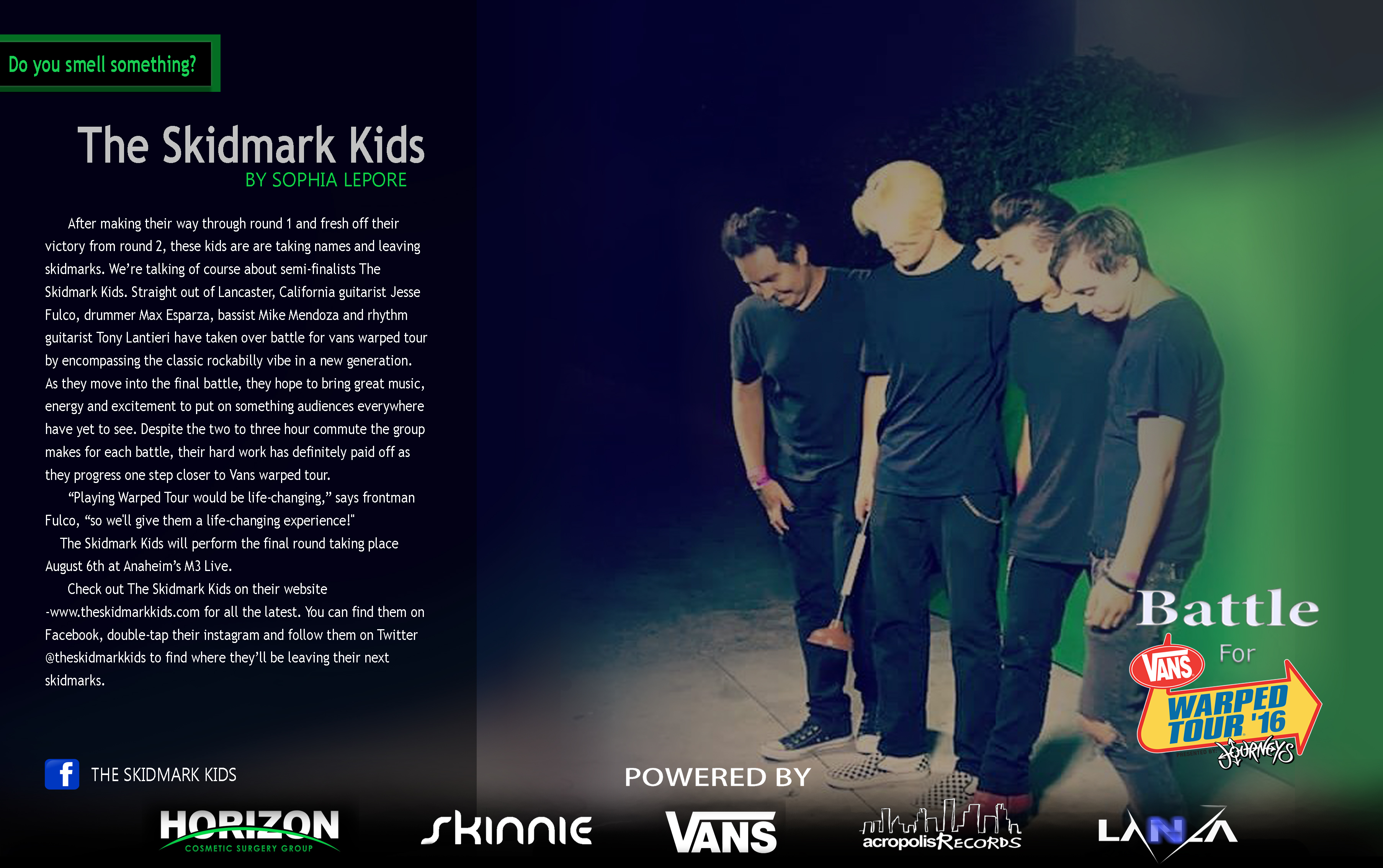 After making their way through round 1 and fresh off their victory from round 2, these kids are are taking names and leaving skidmarks. We’re talking of course about semi-finalists The Skidmark Kids. Straight out of Lancaster, California guitarist Jesse Fulco, drummer Max Esparza, bassist Mike Mendoza and rhythm guitarist Tony Lantieri have taken over battle for vans warped tour by encompassing the classic rockabilly vibe in a new generation. As they move into the final battle, they hope to bring great music, energy and excitement to put on something audiences everywhere have yet to see. Despite the two to three hour commute the group makes for each battle, their hard work has definitely paid off as they progress one step closer to Vans warped tour.

“Playing Warped Tour would be life-changing,” says frontman Fulco, “so we’ll give them a life-changing experience!”

The Skidmark Kids will perform the final round taking place August 6th at Anaheim’s M3 Live.